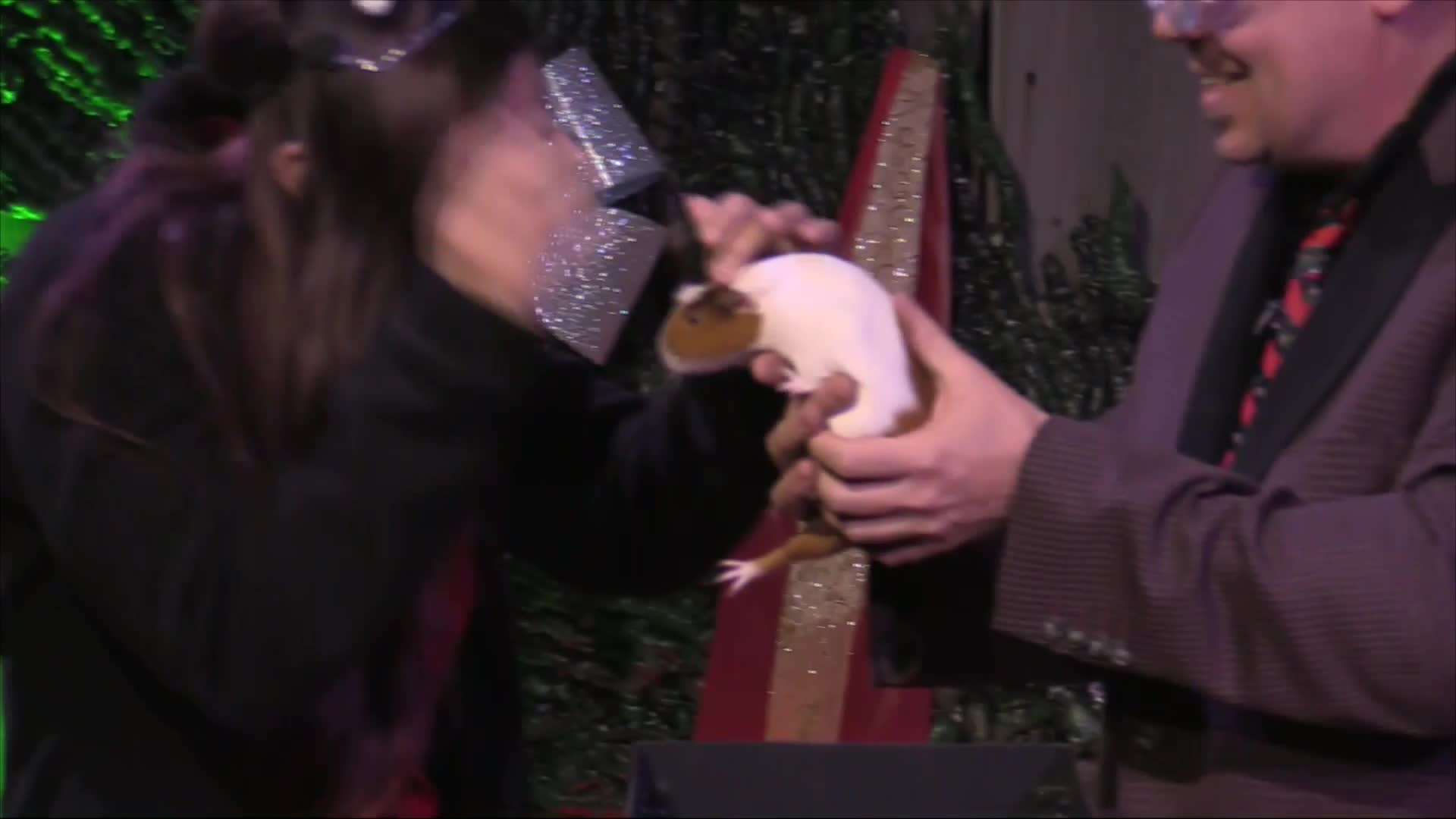 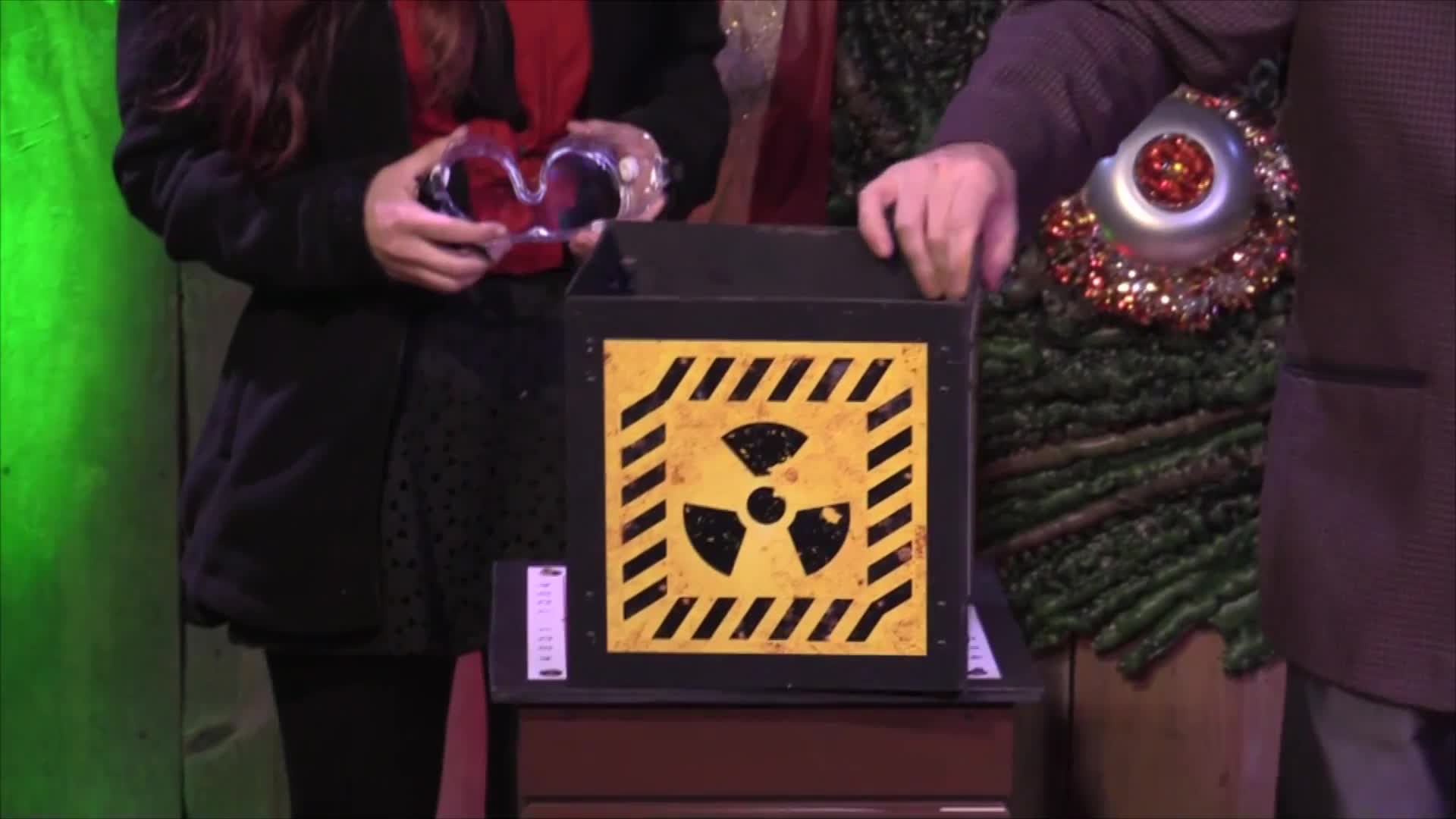 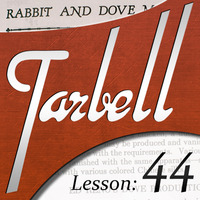 Today, when you order "Tarbell 44: Rabbit and Dove Magic", you'll instantly be emailed a Penguin Magic gift certificate. You can spend it on anything you like at Penguin, just like cash. Just complete your order as normal, and within seconds you'll get an email with your gift certificate.

Get ready for some apparatus magic as we take a look at the world of Mini-Illusions!

Although the original title for this lesson is Rabbit and Dove Magic, the tricks are more versatile and can be applied to just about any small animal such as, Dan's cute and cuddly co-star, Ginger Snap. The tricks featured are (for the most part) apparatus effects, or box tricks, or as Dan prefers to call them... Mini-Illusions. Dan has given each one an appealing new presentation, and he shares alternate versions that don't require a live animal.

First, Dan takes a basic box production and turns it into a clever comedy contraption with a cute kicker. Grapes in... raisins out... but how does it work?

Next, a new pet-packaging idea allows Dan's helper to choose from an assortment of miniaturized furry-friends, and together, they make it (shockingly) spring to life.

Then, an attempt to vanish Ginger seems to go wrong, but she's quicker than you think, getting away safely and leaving a little present for everyone.

And, a simple gift is found to be quite disappointing until Dan discovers the hidden message and fixes it with a snap... a Ginger Snap, that is.

Plus, Dan toys with the audience's emotions as he carelessly poke holes into Ginger's hiding place, but don't worry, she's quicker than you think.

Then he builds a castle of cards and reveals its queen, before taking a trip out west for some fancy roping moves, assisted by a surprise guest. Spoiler alert...

it's Ginger's sister, Peggy Sue, making her stage debut. As mentioned, each of these effects can be easily reworked for use without an animal, and Dan shows you how.

So, whether you have a dove, rabbit, guinea pig, or a bucket-full of stars, get ready for some apparatus magic as we take a look at the world of Mini-Illusions.

Good value if you use a small animal Report this review
Verified buyer Pro Privacy ON (login to see reviewer names) on June 1st, 2016
I've considered using a small animal for years.

This lecture gives an overview on the pros and cons of caring for an animal and practical ideas on producing them.

It's impossible to learn everything about rabbit and dove magic from one lecture - it'd take a series.

But this is the best introductory lecture/dvd I've seen.

If you are considering using a rabbit, dove, etc. this represents an excellent starting point.

As a caveat, I'd just add that there are many practical problems that come with animals (transport, for example) and the introduction really doesn't cover them in detail - but yep - it's a great starting point.
1 of 1 magicians found this helpful.
Did this review help you? Do you want to respond to this review?

Tarbell 44 Report this review
Verified buyer Pro Privacy ON (login to see reviewer names) on February 24th, 2016
Thank You!I've been doing dove and rabbit stuff for over 40 years and had become comfortable, yet bored with by routines. what I got from THIS was a whole NEW SHOW! Can't wait to debut my new tricks at my next gig!
1 of 1 magicians found this helpful.
Did this review help you? Do you want to respond to this review?

Well Worth It! Report this review
Verified buyer Pro Privacy ON (login to see reviewer names) on January 24th, 2016
It's jam packed with great magic incorporating small furry pals! They are too adorable and they get instant applause as soon as they appear.

As usual, Dan Harlan goes over all the nuances and issues with having animals in your act. He is very kind in handling his animals. Anyone who has animals should treat them with dignity and respect.

Here are some methods that allow you to incorporate your furry friend without too much stress to either you, or your furry pal.
1 of 1 magicians found this helpful.
Did this review help you? Do you want to respond to this review?

Rabbit and dove magic Report this review
Verified buyer Pro Privacy ON (login to see reviewer names) on August 4th, 2016
This may be good for some people but for me it was a big waste of money. Most of the tricks require you to have a gimmicked chair that you must make and haul around and all of the tricks you must have an assistant to help you because your animal must be loaded right before you perform it. There are no step by step directions on how to build the illusions. This is not practical at all and I was very disappointed in it.
1 of 2 magicians found this helpful.
Did this review help you? 1 comment

Rabbit and Dove Magic Report this review
Verified buyer Pro Privacy ON (login to see reviewer names) on April 20th, 2017
As usual a great download.
Did this review help you? Do you want to respond to this review?

ringmaster11205 Report this review
Verified buyer Pro Privacy ON (login to see reviewer names) on November 6th, 2016
ive been workingwith animals for a long time I'm so glad you stated the most important part of working with them you need to love them not just use them as tricks this down load was worth its weight in gold I learned so many new ways to work with them thank yoj
Did this review help you? Do you want to respond to this review?

Great with a Twist Report this review
Verified buyer Pro Privacy ON (login to see reviewer names) on January 21st, 2016
I appreciated Dan's opening remarks where he laid out the issues of using live animals in your act. Few magicians consider those issues before buying their four legged, or winged partners, much to their chagrin. The effects are excellent as usual and the construction guides were superb. I will be using Rocky Racoon for my effects and/or other artificial animals. A real steal at the price
Did this review help you? Do you want to respond to this review?

Great stuff Report this review
Verified buyer Pro Privacy ON (login to see reviewer names) on January 15th, 2016
This is a great introduction to dove and rabbit magic he teaches how to make all the props and how to perform them in a modern day style definitely worth the purchase
Did this review help you? Do you want to respond to this review?
Bestsellers