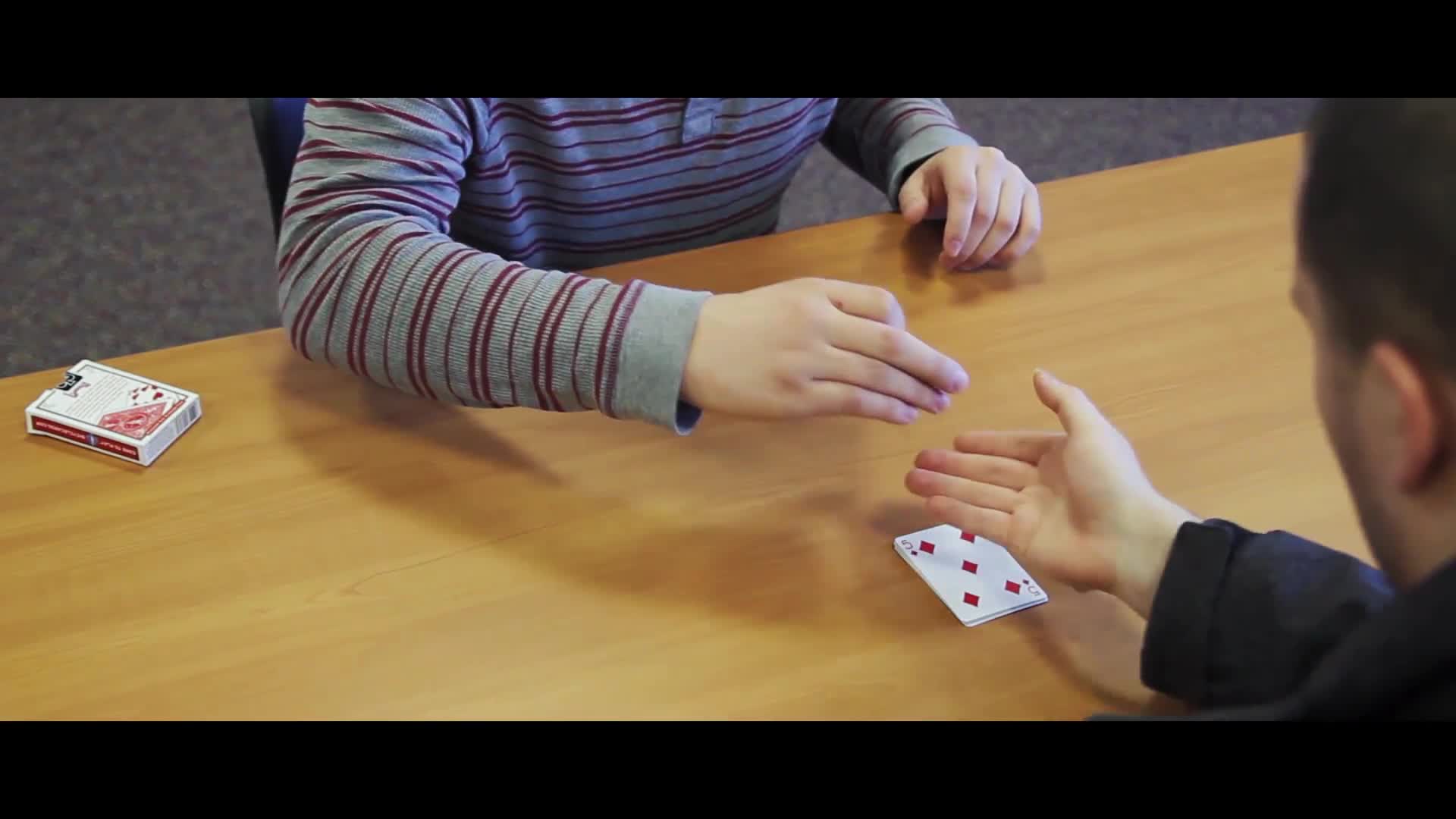 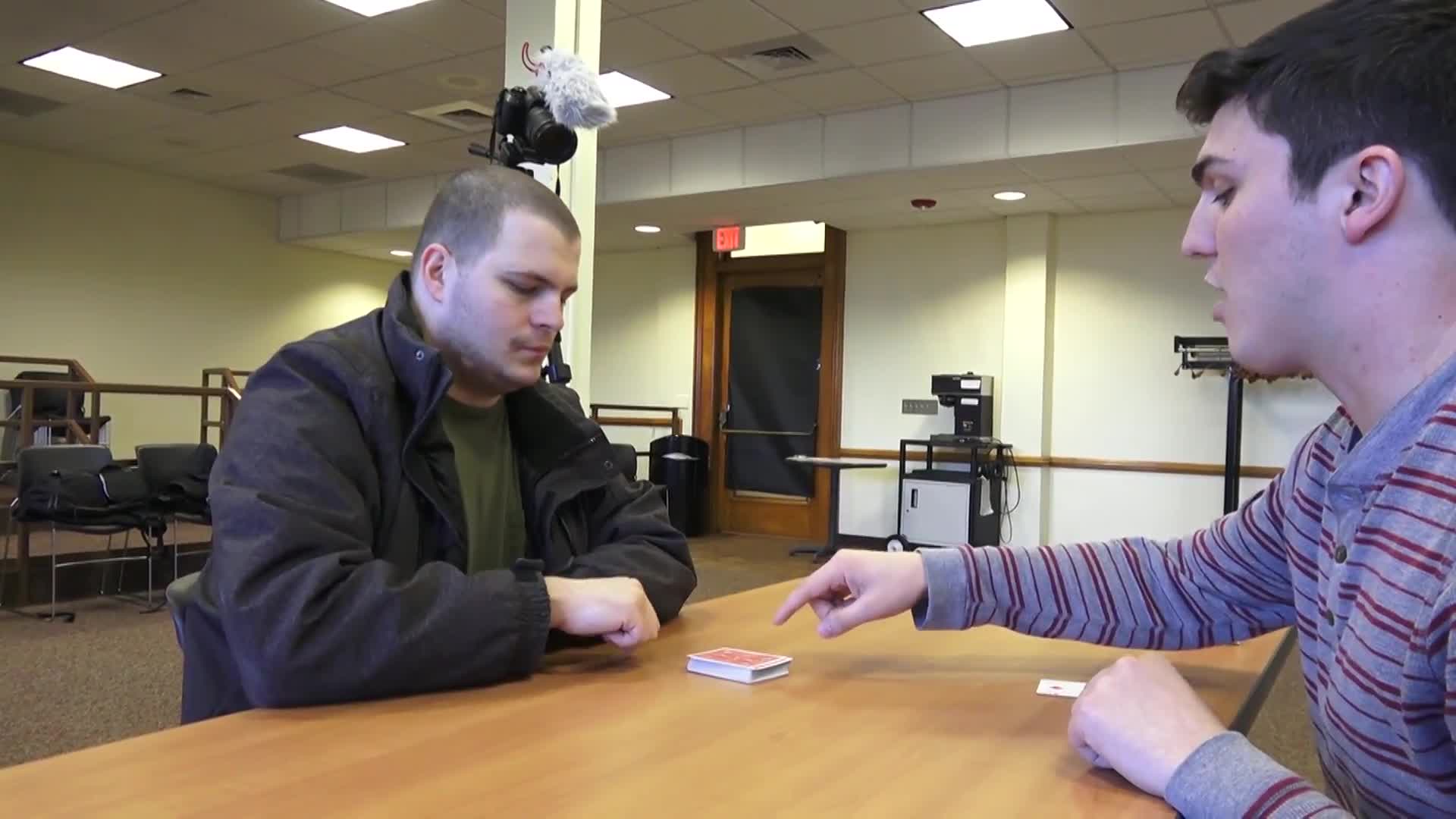 Today, when you order "Joker's Heist by Tyler Scott.", you'll instantly be emailed a Penguin Magic gift certificate. You can spend it on anything you like at Penguin, just like cash. Just complete your order as normal, and within seconds you'll get an email with your gift certificate.

7 effects, 1 principle, over an hour of tutorial footage! Card magic in your spectator's hands at its finest!

Joker's Heist is a project consisting of seven methods taught all based around one principle. It has over an hour of tutorial footage. The project has three variations on the main plot, an impromtu version, Joker's Heist Triumph, Joker's Heist Forgery, and Joker's Heist Clairvoyance.

Variation #2- Tyler's personal favorite way of performing Joker's Heist. It's the same plot as Variation #1 but a little bit more difficult due to some extra subtleties that are added. The extra subtleties are worth the extra effort since they make for a more convincing payoff at the end.

Variation #3- A bit of an overkill to run without being chased. Tyler provided this method just in case people wanted an extra idea to play around with.

Joker's Heist Impromptu- Josh believes this handling is worth the price of Joker's Heist alone! Two Joker cards are handed out for inspection. A spectator freely selects a card and can sign it if they choose. The card is then placed back into the deck and lost into a shuffle. The deck is handed to the spectator to shuffle if they wish to or they can place the deck of cards back into the box faces down. The two Joker cards are shown front and back quickly and then are placed into the spectators hands. The spectator has the Joker cards face up, opposite the orientation of the cards in the box. With a quick swipe over the box, the Joker cards have stolen the signed selected card and it is now sandwhiched in between the two Jokers!

Joker's Heist Triumph- Imagine giving your spectator the power to perform Triumph with them doing all the shuffling and handling using the power of the Jokers to help!

Joker's Heist Clairvoyance- Many people might make the mistake of confusing this with Asi Wind's Double Exposure. That would completely take away from the power of Joker's Heist Clairvoyance however. A card is selected and signed and put back into the deck. A fan of cards is made and the spectator holds the fan to where they can visibly see all the cards facing them including their signed card. Their cell phone is borrowed and a picture is taken to show them what the magician can see to find their selected card. When they open up their picture gallery there is their selected card that they were looking at the entire time opposed to every other card facing the opposite direction!

Impromptu Monkey In The Middle Report this review
Verified buyer Pro Privacy ON (login to see reviewer names) on February 28th, 2018
I'm not sure what the other reviewer is talking about. He keeps referring to Joker's Heist as a single "effect" but it's actually a project with seven effects. I'll break down my thoughts on each one.

Joker's Heist Impromptu- This is the reason I bought Joker's Heist. I saw it mentioned that this was an impromptu way of performing Monkey In The Middle by Bill Goldman and I can confirm that this is a superior version of it. No gimmicks or set up are needed at all for this handling. The Joker cards can be fully examinable like in MitM only this time the cards don't touch the deck again. The freely selected card "appears" in between the two Joker's after they are placed in the spectator's hands. This effect alone was worth the price in my opinion.

Joker's Heist Variation #1- This is the main effect as he explains in the tutorial. It does use gimmicks but more than likely they are gimmicks you already have. The weakness of this routine is the the cards are not examinable since gimmicks are used.

Joker's Heist Variation #2- I liked this variation a lot better. It's actually the version that is shown in the second trailer and works just like shown. I think this one is strong with it's only weakness being the two Joker's are not examinable because gimmicks are used.

Joker's Heist Variation #3- I don't really ever see myself using this specific handling. I would much rather use Variation #2.

Joker's Heist Triumph- This takes the Joker's Heist principle taught from the previous three methods and basically allows a spectator to perform a single card reversal of their card behind their back. Not so much the traditional Triumph plot but so the name feels a bit off. But I can definitely see this as workable and used for a different plot.

Joker's Heist Forgery- This effect uses a different gimmick than the other effects taught. A card is selected and then the signature on the card can be wiped off and then magically appear back on. Since it uses a gimmick, I would only use this sparingly since you can't perform this with regular cards.

Joker's Heist Clairvoyance- It reminded me a lot of the in the hands triumph that Asi Wind has only this version uses a gimmick. The difference between this and Asi Wind's effect besides the gimmick is the presentation of using claivoyance through the use of a cell phone to find a card. This effect I wouldn't mind using since a signature isn't needed on the gimmick card.

The production quality and audio quality are all very solid. It's not on the caliber of a Theory11 release or a P3 release but it's not bad either for independent release. The teaching is pretty in depth and goes for over an hour. For about ten dollars you get seven effects which makes each effect taught less than two dollars which isn't too bad.

Overall, I recommend this if you are looking for an impromptu handling of Monkey in the Middle that doesn't utilize gimmicks. The other six effects taught are in my opinion just a nice appetizer to the main course which would be the impromptu handling. Best part is it's half the price of Monkey in the Middle with other effects taught I might save for a rainy day to use.
2 of 2 magicians found this helpful.
Did this review help you? Do you want to respond to this review?

Great magic trick Report this review
Pro Privacy ON (login to see reviewer names) on March 3rd, 2018
I purchased this a while back and just got around to reviewing it. What's great about this one is he gives you a variety of different ways to use it. I tried it out on some buddies and they were impressed. It's a trick that can be incorporated in a variety of routines. I'm planning to use it for a small show I have booked! It's explained and demonstrated in a way that's easy to understand and easy to incorporate. I have to disagree with the other review on this one. Well worth the money I spent. For $10 you can't go wrong!
1 of 1 magicians found this helpful.
Did this review help you? Do you want to respond to this review?

Better tricks at the same price. Report this review
Verified buyer Pro Privacy ON (login to see reviewer names) on February 5th, 2018
This was an Impulse buy for me. I came across this while looking for other things on penguin magic and purchased it as an afterthought. There isn't really anything new to find here. If you are a card magician then you might already know the moves required in order to perform this effect. If you're not a card magician don't bother.

Let's face it, there are hundreds of other tricks on penguin magic for the exact same price and almost all of them are more useful than this one is.

I am never going to use this effect.
In my opinion your money is better spent elsewhere.
2 of 5 magicians found this helpful.
Did this review help you? Do you want to respond to this review?
Bestsellers