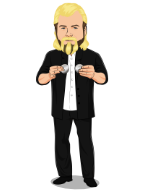 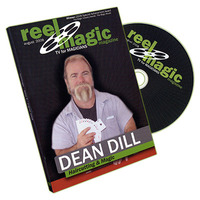 Today, when you order "Reel Magic Magazine - Episode 6 (Dean Dill) - DVD", you'll instantly be emailed a Penguin Magic gift certificate. You can spend it on anything you like at Penguin, just like cash. Just complete your order as normal, and within seconds you'll get an email with your gift certificate.

Caught on Tape
Kozmo gets his hair cut by Dean Dill who shares what it was like to perform on The Tonight Show with Johnny Carson.

Simon Lovell - Simon Said It!
Why do people become magicians?

David Regal - Tricks of the Trade

Jamie Badman and Colin Miller - "Katch the Kopper"
from Welcome to the Firm, published by Big Blind Media

Good one. Report this review
Pro Privacy ON (login to see reviewer names) on April 7th, 2010
(This review is for Reel Magic Magazine - Episode 6 (Dean Dill) - DVD)
A very good edition of Reel Magic- Dean Dill is a very interesting character and it was nice to have the opportunity to find out more about him. Regal is on top form in his reviews in this one!
1 of 1 magicians found this helpful.
Did this review help you? Do you want to respond to this review?

Not the GREATEST, but GREAT! Report this review
Pro Privacy ON (login to see reviewer names) on April 4th, 2010
(This review is for Reel Magic Magazine - Episode 6 (Dean Dill) - DVD)
Certainly not the greatest out all the Reel Magic episodes, but it is DEFINITLY a fantastic one.

Some of the highlights from this DVD...

-Dean Dill shares SUPER interesting details about his life and performs a FANSTASTIC close up effect.
-Jon Armstrong gives a LOT of helpful tips on the double lift. Mine has already improved after watching this.
-David Regal is ALWAYS hillarious in his reviews and he gave me ideas of what to buy.
-David Regal teaches his FANTASTIC Exhibit A effect, worth the price of the DVD.

Reel Magic is REALLY the best deal in magic.
1 of 1 magicians found this helpful.
Did this review help you? Do you want to respond to this review?
Bestsellers 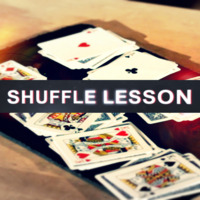 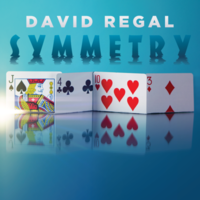