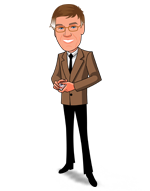 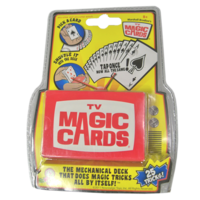 Today, when you order "T. V. Magic Cards by Marshall Brodien", you'll instantly be emailed a Penguin Magic gift certificate. You can spend it on anything you like at Penguin, just like cash. Just complete your order as normal, and within seconds you'll get an email with your gift certificate.

The Original TV Magic Cards! In the first three years of its introduction in the 70s Marshall Brodien became a household name. You get a deck of cards that you can change from a normal deck and be magically changed so that there are all the same card! Your friends will be amazed.

It includes two cards that have different tricks that you can perform with the deck. Get the original! Get TV Magic cards!

Farewell to Marshall Brodien Report this review
Pro Privacy ON (login to see reviewer names) on March 8th, 2019
(This review is for T. V. Magic Cards by Marshall Brodien)
We bid a sad good-bye to a fellow magician and entertainer, and the inventor of these "TV Magic Cards", Marshall Brodien. Marshal was not only a magician, he also played, "Wizzo the Wizard" on the popular kid's show in Chicago, "Bozo's Circus" from the 60s through the 90s. In his clown make-up, Wizzo would entertain us with his magic trick (which sometimes didn't go as well as planned, but he still made us laugh), and bumbling antics with the other clown actors on the show. I remember him well from my childhood days. His TV Magic Cards were influential in getting me started in magic. Farewell, Marshall. RIP
Did this review help you? Do you want to respond to this review?
Bestsellers

20. OUTSTANDING by M..
See all bestsellers