Good but Report this review
Verified buyer Pro Privacy ON (login to see reviewer names) on August 16th, 2017
Finally an inexpensive deck of marked cards. I agree with other comments that there are way to many marks on the deck - it is overkill! I handed the deck to a friend and within one minute he spotted the marks. Also the instruction video was so so. I will still be able to use with judicious handling and proper spectator management. Are they worth the price absolutely- just know the limitations.
Report this comment
Lpe042
Oct 20th 2017 8:20am
Was the friend looking for the marks? (did you tell him) Or was he a magician too?
Report this comment
Lolmanny
Nov 03rd 2017 2:08pm
Just don't let them handle the cards that long???
Report this comment
magicinmind
Nov 12th 2017 11:20am
You let them handle them for a minute? Jeez I don't know of anyone handing out cards for inspection. Just the spectator through choosing and holding a card or shuffling is enough proof that they're not gimmicked.
Report this comment
magicgoat
Nov 19th 2017 10:59am
I could see the argument made that, if this is intended to be a worker deck that would be used for all of your regular routines, that would include signed cards (or torn cards, or folded cards, etc) that are intended to be given to an audience member as a souvenir. By definition, that's handing the card out for extended examination. So a word of caution, perhaps: try to minimize tricks for which marked cards are the only reasonable solution, so that even if the marks are discovered, it doesn't help ("yes I see that the cards were marked, but that doesn't explain how my card kept appearing on top of the deck").
Report this comment
wesnegron
Sep 09th 2018 6:05pm
The best approach is to switch the marked deck out with a regular deck of the same back design. Don't open a routine with a marked deck. Start with a regular deck and then ring in the marked deck. If performing only one effect, I'd avoid the use of a marked deck UNLESS the person has seen you perform before and "knows" that your deck is normal. It's all about experience, knowing your audience, and audience management.
Report this comment
MB217
Sep 06th 2019 10:18am
This post says it all... 🤔

"Jaunty Jan 10th 2019 8:17am
Dude rule of magic: people are not going to find something they are not looking for.

For someone who has performed for so many years maybe you have forget the basics, no worry about the marks.

I have never ever seen someone spend more than 1 second looking the back of a card, Why on earth would they do? (Unless of course you want to OVER prove there's nothing strange and explicitily tell them to insepect the front and the back but that is just not intelligent tho)"
Report this comment
powerpool22
Jun 05th 2020 11:32am
Very easy to spot the markings. Did this for a buddy of mine that is not a magician and he saw it in a second. Bought a brick because of the price.
Add a comment
Bestsellers 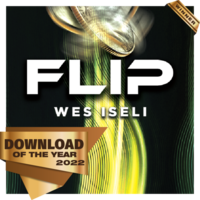