Super Strong Super Simple by Ryan Schlutz - DVD This DVD is, perhaps, the best collection of easy-to-do, powerful card magic ever assembled. Expert card magician Ryan Schlutz has mined over 300 years of card material and collected the very best tricks into one place. All of the tricks have just two things in common: they are HIGHLY deceptive and
In stock. $30.00 $15.00
+ Add to Cart

FLUKE by Wayne Dobson - Trick A red deck and a blue deck is shown, and one chosen by a spectator, say the red deck.The spectator now calls out a number from 1 to 52, say 18.You open the blue deck and find there is one card reversed in the deck, which is placed unseen on the top of the deck. The spectator now opens his red deck,
In stock. $15.95 $12.28
+ Add to Cart
Bestsellers 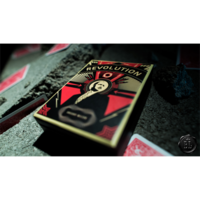 20. OMNIBUS by DARYL..
See all bestsellers