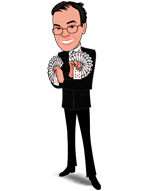 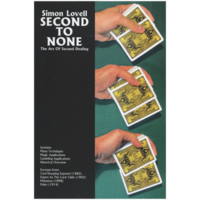 Today, when you order "Simon Lovell's Second to None: The Art of Second Dealing by Meir Yedid - Book", you'll instantly be emailed a Penguin Magic gift certificate. You can spend it on anything you like at Penguin, just like cash. Just complete your order as normal, and within seconds you'll get an email with your gift certificate.

Simon Lovell's Second to None: The Art of Second Dealing by Meir Yedid - Book

If you ever wanted to learn how to deal the second card in the deck while making it look like you are dealing the top card--this is your best opportunity.

Follow Simon Lovell as he takes you step-by-step through the art of the second deal. He discusses more nuances, subtleties and variations than you probably ever knew existed. He doesn't sugarcoat the work but gives you all the tools you need to master this powerful sleight. But, he doesn't stop there. Once you begin mastering the second deal you are treated to some routines which you can practice. And as a finale Simon discusses some of the second deal's more nefarious uses.

As a special bonus, the book includes many historical gambling-themed graphics as well as the history of the second deal, which dates back to the 1500s. Also included are reproductions of important contributions to the second deal, including excerpts from Robert-Houdin's "Card-Sharping Exposed" and S. W. Erdnase's "Expert At The Card Table."

About the author: Simon Lovell is an authority on all things relating to cheating, gambling, con-games and sleight of hand. He wrote the bestselling book "How To Cheat At Everything," is a technical consultant on the hit television series "White Collar" and in his spare time stars in his weekly Off-Broadway show "Strange and Unusual Hobbies."

Good Read. Report this review
Verified buyer Pro Privacy ON (login to see reviewer names) on November 7th, 2014
(This review is for Simon Lovell's Second to None: The Art of Second Dealing by Meir Yedid - Book)
This is probably the most extensive book on second dealing out there. I first learned how to second deal from Erdnase The Expert at the Card table. However, Simon Lovell gives some good practice routines from beginner to the more advanced deuce dealer(I in particular use his "X" method which improves your hand eye coordination). The book has a history section on the second deal and even some interesting pictures. Good Read!!
2 of 2 magicians found this helpful.
Did this review help you? Do you want to respond to this review?

Superb Report this review
Pro Privacy ON (login to see reviewer names) on August 18th, 2020
(This review is for Simon Lovell's Second to None: The Art of Second Dealing by Meir Yedid - Book)
A superb explanation of the second deal, with lots of interesting details and resources.
Did this review help you? Do you want to respond to this review?
Bestsellers