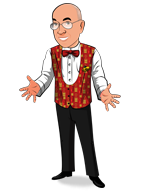 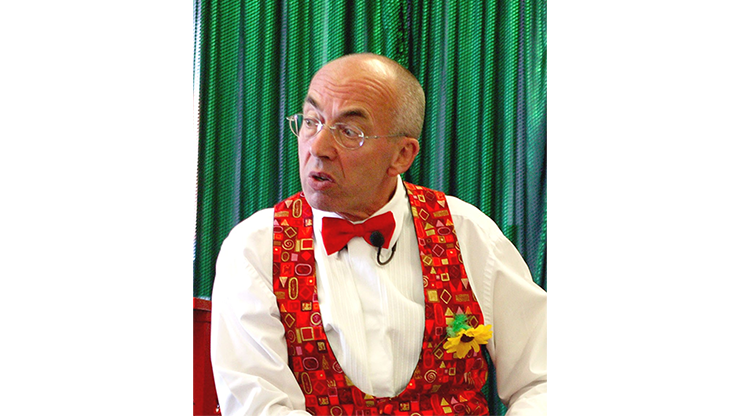 Today, when you order "LOTZ of MAGIC for KIDZ by John Breeds - Book", you'll instantly be emailed a Penguin Magic gift certificate. You can spend it on anything you like at Penguin, just like cash. Just complete your order as normal, and within seconds you'll get an email with your gift certificate.

LOTZ of MAGIC for KIDZ by John Breeds - Book

John Breeds' previous book, the best-selling, How To Create Kids' Magic, is still acknowledged as the best book of its kind. David Kaye described this publication as "...the A to Z of all aspects of being a professional children's entertainer". It embraced the business of earning a good living as a children's magical entertainer.

Now, continuing in a similar style, John Breeds treats you to dozens of routines from his working repertoire. His full explanations, attention to the smallest detail, and his crystal-clear illustrations show you how someone with 35 years of performing experience brings his material to life.

This new book for professional entertainers brims with creative, funny and mystifying magic that will rejuvenate your shows with fresh material.

"...this is an absolute gold mine. No pipe dreams here. Just practical, workable material from John's massive performing repertoire, with a liberal helping of advice."
- John Kimmons, UK

"John Breeds clearly knows his stuff, and he's packed this book full of ingenious pieces. You're about to take a trip into one of the greatest minds in the kid show magic business!"
- Christopher T. Magician, Los Angeles

"Hand-on-heart I never saw a better entertainer of children than John Breeds. What John has given you here is priceless: the working routines that wrought this phenomenon."
- Bobby Gill, UK

John Breeds is a name that will be familiar to few outside the cognoscenti of children's magicians; those working performers who know a good thing when they see it and have benefited from John's output both in print and through his own range of unique dealer items. For nearly a decade he built a reputation as a true one-man band, one of that tiny band of magic dealers who only sold their own material that they felt they could stand by: routines and apparatus that John developed, manufactured, performed, wrote up and finessed himself.

He could only do this because for over 30 years he built a solid business as a professional entertainer of children: not just a kids' magician, but someone who made it their business to bring delight, mystery, fun and laughter to British children of all ages. In the process he never lost his sheer love of the sound of children's laughter, and of good magic. It says a lot about John that his first book, How To Create Kids' Magic And Triple Your Income, produced in 2009 and quickly becoming a reference book on the business side of kids' entertainment, closed with the reflection that "...tripling your income..." was not so much about monetary wealth as the personal plenitude gained from being the source of joy for thousands of children.

Inevitably this generosity of spirit extended into his performance. From the minute his show started his brand of silliness, clowning, interaction and strong magic got the audience laughing - and we're talking belly laughs, not just loud shouting. John had a rare gift as a performer: a deep understanding of what makes children tick, and above all what makes them laugh. Coupled with an abiding respect for his audiences.

His cornucopia of lines, sight gags, prop gags and scripting always positioned him firmly as the butt of the joke; the kids who came up to help the funny magic man were never made to feel embarrassed or the target of derision. It would hurt him to witness a performer use hack material and make fun of the audience. So imagine his sorrow that this comprises such a large proportion of those who set out to earn money from making kids shout and scream and, worse, be the 'suckers' in the mindless churning of end-to-end 'yah, shucks, boo' that still today passes for children's entertainment, and which has conspired to build such a derisory reputation for this side of magic.

John unilaterally declared war on such a situation, and determined from the get-go that from the first contact the public had with him - in contacting him about a booking, to his exhaustive preparation and attention to detail, to his personal grooming and demeanor, to the moment he first walked into the venue - was with a Professional. I have to confess myself to be hugely biased, as someone can only be who has counted himself as a close friend of John's for nigh-on 40 years, but hand-on-heart I never saw a better entertainer of children than John Breeds when in full flood. Such is the testament to his craft, that through a combination of vast stage time and his forensic attention to detail he had eradicated the weaknesses from his shows that so bedevil many working entertainers of children.

What John has given you here is the gift of the working routines that wrought this phenomenon. Most books of kids' material are highly derivative, whether in their presentations or the effects themselves; Mad Scientist Breeds gives you original performance pieces whose methodology is original too. His engineering background, his lifetime of magical reading and his predisposition to explore every possible avenue of methods and technology - invariably looking outside the narrow confines of the magic world - bring a healthy originality to the means of achieving his effects and apparatus.

This is John's material because he not only developed it, but he built it too; manufacturing his props lent him a deep insight into how they worked, the potential flaws, how they could be improved, to end up with material - both in the props and the presentation of the routine - trouble free. So, you can adopt (and, if you're smart, adapt) this material safe in the knowledge that it works in the hurly-burly of day-to-day performance.

In endorsing John's work in this way, one does so with a slightly heavy heart for three reasons; he never had his show filmed for posterity; and he has never seen fit to lecture the material for the magic world. Until such time as this changes (but don't hold your breath) this book and its predecessor will have to suffice. Luckily for us, his clarity of explanations and liberal use of self-penned illustrations bring these routines alive and make everything crystal clear.

I said three reasons; the third is the most important, and perhaps our biggest loss. John has retired from performing, so no longer will his unique stage persona delight this or the coming generation of children. But I hope John Breeds can console himself with such a rich legacy that he has built as a performer, originator, manufacturer suffused with a deep and abiding love of good magic. Like that legacy, this is a book to be proud of, just as I am proud to have been associated with it.

Lotz of magic! Report this review
Verified buyer Pro Privacy ON (login to see reviewer names) on January 9th, 2020
(This review is for LOTZ of MAGIC for KIDZ by John Breeds - Book)
Great book. Clear instructions. There is something for everyone. I am working on adding some of the routines to my show as I write this.