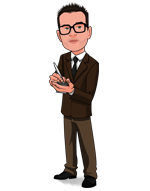 Today, when you order "HWallet by Henri Beaumont and Marchand De Trucs", you'll instantly be emailed a Penguin Magic gift certificate. You can spend it on anything you like at Penguin, just like cash. Just complete your order as normal, and within seconds you'll get an email with your gift certificate.

If you've spent a long time looking for a wallet having a wide range of features that make it suitable for both professional performances and day-to-day use...

The HWallet is the answer.

Months of design work have gone into ensuring that the HWallet meets your needs. It's made from top-quality leather, so it lasts longer and stands up to regular use. The HWallet is designed for professional magicians and hobbyists looking for a wallet that can be used on a day-to-day basis and as a practical tool for performing both magic and mentalism routines. Features include:

The Ultimate Swiss Army Wallet Report this review
Verified buyer Pro Privacy ON (login to see reviewer names) on June 29th, 2017
First, I just want to clarify that I own almost every magic wallet on the market. From the BKM to the stealth assassin. From the Infinity to the Espionage. And I have to say that the Hwallet is the wallet I've been looking for. This wallet ticks every box possible and does it well. I'm not going to get into the tricks on the dvd because they were ok and just some examples of effects that you can do with this beautiful prop. What I want to talk about is the wallet itself and why I love it.

This leather is nice and stiff which is exactly what you want for a swiss army wallet. It is extremely well made and should last you a very long time, like years and years.

The internal peek works just like the Espionage peek which is brilliant. Now on the exact same side which you can enter for this peek you can also use the SUC peek which was my favorite feature of the stealth assassin. It's a different entry point, but both peeks are on the same side, meaning if you have the wallet open this particular way, you can use either peek right at that moment which is awesome.

The Card to Wallet:

The palm card to wallet works exactly like a JOL wallet which was my favorite feature of the JOL. It's very easy to access, and it's an instant reset. The reveal also comes out of a zipper compartment which is also on the same side of your peeks. Now you can't do a card to sealed envelope, but IMO that's not a big deal.

Now the no palm method I liked but I modified the handling. The loading of the no palm method I love, and once the card is loaded, you can literally drop the wallet on the table without fear of the card being seen so it looks very clean. However, the handling on the dvd I didn't like for revealing the card. So I decided to skip that handling, and simply used the SUC feature in reverse and it worked GREAT. This gives you 4 features on one side of the wallet alone. This feature is also used for loading cards as well.

This feature is on the second side of the wallet. It's pretty much the only feature on this side. I won't go into what an OTL is, but let's just say this one feature alone has tons of uses, so the fact that it's in here is outstanding.

This is a nice switching feature that also has a lot of uses just like the out to lunch. On one side you've got your internal peek and on that same side you've got 6 mini pockets for multiple outs which is nice. The opposite side is completely normal but is used for either carrying your cash or for whatever you're going to switch.

So what you're buying here is 2 great peeks, 2 methods for card to wallet, a switching device, an out to lunch, a way to get gimmicked cards into a deck and stolen from a deck, and multiple outs. All very easily accessible and all you can do at a moments notice. Now that is ALOT you can do at a moments notice with one wallet. This is designed to be your everyday wallet, so since you always have your wallet with you, you are always ready to go. This is literally EVERYTHING that a working pro wants to have in one wallet. I can literally set this wallet on the table, then go into an out to lunch routine, then go into a peek for a mentalism routine.

Then from there go into an ACR routine with a no palm card to wallet kicker, then go into extreme burn and switch the bills out afterwards, then go into a KK routine, etc. You literally have an entire close-up act in your pocket. You can do both magic and mentalism at a moments notice. I know it's expensive but for what this wallet can do at a spur of the moment is just outstanding and worth every penny of the price. A true 10/10.
3 of 3 magicians found this helpful.
Did this review help you? Do you want to respond to this review?

MY BEST WALLET Report this review
Pro Privacy ON (login to see reviewer names) on September 24th, 2017
I spent a lot of money in wallets. None had equalled the JOL.
Today I found better with Hwallet.
Excellent leather quality.
1 of 1 magicians found this helpful.
Did this review help you? Do you want to respond to this review?

The Rolls Royce of Utility Wallets Report this review
Verified buyer Pro Privacy ON (login to see reviewer names) on April 21st, 2017
So my much beloved and well-worn Alakazam/Peter Nardi Infinity Wallet fell apart. I thought about getting another one until I saw the French HWallet. It's among the most expensive gimmicked wallets--even more expensive than the Infinity here at Penguin--but my everyday carry wallet for mentalism is the single most important tool of my trade, like a farmer's combine harvester or a dentist's water jet, so I don't mind spending the money for something that does the job well. (And in case you are wondering, I also have the best mentalist wallet on the market, the Alakazam/Peter Nardi Stealth Assassin. I love it, but to me, it's a terrible everyday wallet. It's too small and currency hangs out in a weird way.) Here's my comparison of the Infinity and the HWallet:

First, the HWallet is easily as well made as Nardi's Infinity. It is a high quality billfold. (It even has a little leather protector for the zipper on the internal zippered compartment. Nice thinking.) The one thing immediately noticeable about the HWallet is that it's about three-quarters of an inch longer and wider than the Infinity. I realized that it's probably geared toward larger foreign currency. I don't like the extra size--the Infinity is just right for U.S. bills--but at least no one is going to pickpocket me. It takes effort to remove the HWallet from the back pocket. Also, the HWallet has an exterior buttoned pocket, very European looking, but not really essential. It has a tendency to snag when pulling the wallet out of a back pocket. (I am not a jacket or front-pocket wallet guy.) One small point: Neither wallets use magnets, which I like.

Now on to the features. The major selling point for both is the magician's CTW (or for us mentalists, the "Confabulation" feature). I think that both wallets are good if differently constructed. The Infinity uses a sl***; the HWallet does not. It's going to be simply a matter of your preference as both techniques work well.

The HWallet has an OTL feature, great for mentalists, the Infinity does not. Score one for France.

Both have the classic Shogun feature, but I like the HWallet design better. Unlike the Infinity, you can show one of the currency compartments as ungimmicked. Also, the credit card slots are vertical on the HWallet, rather than horizontal on the Infinity. This allows the HWallet to better disguise the Shogun feature. This design is lovely.

As for MOs, the Infinity wins with at least eight separate, uh, you know...while the HWallet has six. Britain gets a point.

Both wallets feature one internal peek. The Infinity's biggest weakness is the peek. It works, but you need audience management and time misdirection. The HWallet's internal peek is super clever and deceptive. It's so much better. In addition, the HWallet features two different external peeks, one using Mark Strivings SUC method, which is slick and excellent. The Infinity is limited to its adequate internal peek.

Finally, the HWallet's design allows unloading/stealing, which is to say, really a reverse CTW or mentalism "Cash Cabaret" feature, something that you can't really do with the Infinity.

Both wallets come with DVDs demonstrating the features and giving routines. The HWallet DVD stresses the CTW feature at the expense of things like OTL, but it's good. Peter Nardi is noted for instructional DVDs, and the one with the Infinity is excellent.

So in the end, the overall smaller form factor and design of the Infinity are better, but the HWallet has more features, especially the excellent peeks. (If only the HWallet were smaller and didn't have that exterior pocket. I loved the look and feel of my old Infinity.) If money is critical, the Infinity is cheaper, though if you are willing to pay these prices, the extra $30 is probably not going to be a deal breaker. Both wallets are fantastic, and clearly the HWallet is an upgraded copy of the Infinity. It's like comparing a Rolls Royce to a Bentley. It all depends on what you like in luxury.
1 of 1 magicians found this helpful.
Did this review help you? 2 comments
Bestsellers