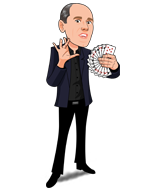 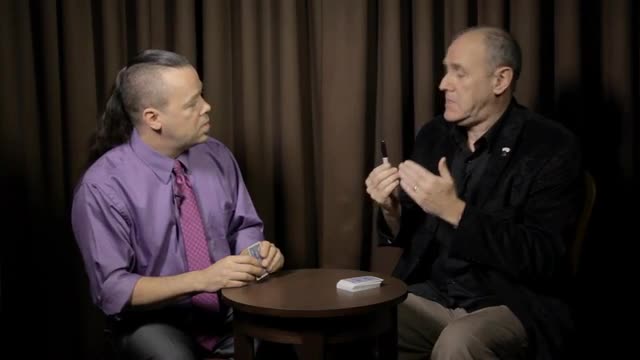 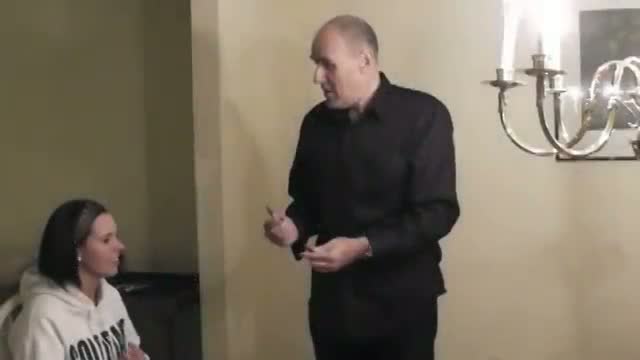 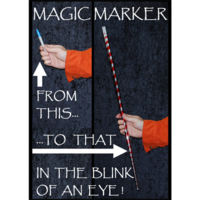 Today, when you order "Magic Marker by Keith Fields", you'll instantly be emailed a Penguin Magic gift certificate. You can spend it on anything you like at Penguin, just like cash. Just complete your order as normal, and within seconds you'll get an email with your gift certificate.

Probably the best magic gag since the Funkenring!

A genuine sharpie marker turns into a cane in the blink of an eye - but the effect on the audience is quite amazing! They will jump out of their skin, look amazed, or fall into a fit of giggles!
This cool effect brings the appearing cane bang up to date.
Any time you do a trick with a card or a bill that you need signed try this - reach into your pocket, take out the Magic Marker and WHAM - guaranteed to generate big laughs and an amazing reaction.
Strong visual magic that people remember and talk about.
This went straight into my show and has become a feature item. I have used it on stage, in close-up, at parties, and in kids' shows. It never fails to get a great reaction.

GREAT!!! Report this review
Verified buyer Pro Privacy ON (login to see reviewer names) on July 14th, 2017
I don't know why the low ratings on the other 2 but this works GREAT! Just as described. You have to be careful in the beginning and make sure you break it in by doing it multiple times until smooth or worn in. Basicy it's like having a sharpie attached to appearing cane, and so you'll need to palm the cane portion and use misdirection. If you can manage all that, reactions are great!! Massive laughing guaranteed!
Did this review help you? Do you want to respond to this review?

Buyer BEWARE! Report this review
Verified buyer Pro Privacy ON (login to see reviewer names) on June 19th, 2017
This trick does not quite come as advertised.

This trick is advertised as a "real" sharpie. It's not real. The ink well is dry and or removed. It will NOT write. At this time I'm investigating whether or not the ink well can be replaced to allow this marker to write when I need it to.

The instructions are included in printed format along with the note from the creator: "For those who lack patience here are some written instructions." The smarmy sentence no doubt was intended to be a joke, unfortunately it falls flat and comes off condescending. I can suggest a few places the creator can stick his cane to that regard.

The cane is an appearing cane, but it's made of plastic and shipped in the closed position. Appearing canes need to be stored in the open position to ensure their springy-ness. Especially plastic canes such as this one. (Metal canes are a little more forgiving.) Needless to say when I first got mine the spring had sprung out of it. I'm currently trying to see if leaving it in the open position and breaking it by using it won't fix that problem.

Overall this is going to be salvageable as an effect, but it's going to take more work on my part than I had originally planned on spending on what is otherwise a throw away gag. Had the cane some decent spring to it, typical to the metal canes I'm used to, had it a working ink well, and thus be a real sharpie and not a look alike prop, this review probably would have been 5 stars.

The only reason why this is not one star is because I think I an actually salvage and use this in my show.
Did this review help you? Do you want to respond to this review?

Cool Idea...But Just Okay Report this review
Pro Privacy ON (login to see reviewer names) on June 23rd, 2016
This is a cool idea. The effect of a cane appearing where a marker just was is a good effect and lends itself to a little bit of comedy before and after the appearance; but it's not going to fill time in your show, it's not going to be the thing everyone talks about the next day and it's not likely to be your new favorite thing. It's a novelty and good for a quick, unexpected, eye-catching appearance and a little comedy.

I have a friend who is using this in his show and playing with it after one of his shows is what convinced me to buy one. The first one I got arrived broken. It never opened properly, (flopped open/down at the top), and setting it to its proper position and storing it open and untouched for several days to try to reset its "memory" failed to work. The replacement I received works just fine.
Like I said, it's a novelty thing. Good for an immediate, unexpected appearance for which you will get a few gasps or slight jumps from your audience and you should be able to write some humor into your presentation before and after the appearance.
Three stars - middle of the road. It's not your next great piece, but with the right application, you should have fun with it.
Did this review help you? Do you want to respond to this review?
Bestsellers