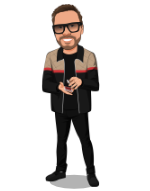 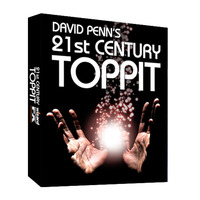 Today, when you order "21st Century Toppit (with DVD and RIGHT Handed Topit) by David Penn - DVD", you'll instantly be emailed a Penguin Magic gift certificate. You can spend it on anything you like at Penguin, just like cash. Just complete your order as normal, and within seconds you'll get an email with your gift certificate.

David Penn has been using a Toppit Vanisher in his professional repertoire for the past 15 years. He even utilized this hidden device for two routines when he won first place in The Magic Circle 'Close Up Magician of the Year' competition.

The Toppit Vanisher enclosed is David's own unique design. This new design is easier to use than a standard Toppit and it can be easily installed in your jacket.

The possibilities of a Toppit are endless and David provides training on his own sleights and misdirection techniques as well as the routines from his own personal repertoire. David's expert tuition on the accompanying DVD will allow you to master the techniques and greatly enhance your existing routines.

"David Penn's technique with the Toppit is the most natural I have ever seen. Objects just disappear and transform right before your eyes."
- Craig Petty - Europe's Leading Coin Magician
Questions about this product

Take your magic to the next level Report this review
Verified buyer Pro Privacy ON (login to see reviewer names) on April 2nd, 2010
(This review is for 21st Century Toppit (with DVD and RIGHT Handed Topit) by David Penn - DVD)
DVD Production Quality: C: (I did play this on a PS2 so take this rating with that in mind) There was no fancy musical score nor was it shot on high res. The sound seemed to get louder or quieter at times but not enough to make the teaching inaudible. The camera work was direct and to the point. Not a fancy DVD but good enough to teach the material (and thats all we really need anyway.)

Teaching: A-: David Penn is a fine teacher. He is humorous if sometimes cheesy. He reminded me a bit of Gregory Wilsons teaching and performance style. There are a few card and coin moves that are used in the effects taught that he glosses over but most of those interested in Toppit work will already know these. His main focus is on teaching the installation, toppiting stances, proper routine construction and misdirection, three basic sleights, and the five routines he covers.

Installation: He covers how to fit and install the 21st Century toppit in a sport or dress jacket. The nature of this toppit allows you to install a fastening device in several different Jackets so the toppit can be added to any jacket you may wear. While he does not cover the toppit's use in vests, hoodies, and other clothing items that hang higher on the body, most intermediate magicians should have no trouble adjusting the handling and body postures required to make these clothes work.

Techniques: In this section he covers basic movements and body postures for a toppit. He discusses how to structure a routine that creates natural use of misdirection. He also covers some common mistakes with handling toppits.

The Pitch: The most common sleight used for toppiting. The move is fairly easy and the misdirection used is quite natural.

The Reverse Pitch: This is not a difficult move but a bit knacky. I had the most troubles with this sleight. Its a bit like rubbing your belly and patting your head. Once you train your brain its quite easy but it may take a while to get there.

The Open Pitch: This used for vanishing larger objects. With this move you should be able to vanish anything your hand can cover for a split second. Most of the vanishes done on the promo video for the Gecko could also be done with this move however the handling would be a bit different. This is an easy move to do however it requires a bit more misdirection. When you consider the utility of this it will be well worth the practice.

Black Eight: A++!: This routine is fantastic! Magician has spectator select a card and buries it in the deck. Magician asks for the name of the card and spec says 8 of clubs. Magician says, If I could get a black eight to fly out of the deck with just a whack would you be impressed? Magician then has the spec cup his/her hands together, hits the top of the deck and a billiard 8-ball drops into the specs hands. He then points out that that wasnt the card (obviously!) Slaps the 8-ball and it changes back into the 8 of clubs.

Coin in Bottle: C: This is just a version of coin in bottle that utilizes the toppit. Some interesting ideas on toppit use but not strong enough for me to replace the coin in bottle routine I already have.

Kid at Christmas: C+: Magician shows the spectators a coin bending back and fourth. He then teaches spectators how to do the effect. As he is showing them how to perform the effect the coin vanishes.

Basically some nice window dressing for a coin vanish. The kind of throw away effect you do in between routines.

Salt Inspector: B: Salt shaker appears from nowhere, salt is shaken on the table, you take a taste of the salt, and then vanish the shaker. This is a nice effect that would probably play well for a restaurant worker. The appearance of the shaker is particularly nice.

This is another fantastic effect. If you dont own a jumbo coin because you are not sure what to do with one, well, this will give you some great ideas. A very creative effect.

Glass Restoration: B+: Magician taps a wine glass with a fork and the base falls off. Magician then restores the base.
This would be a great little opener for a restaurant worker.


Quality of materials: B+ The gimmick itself is an improvement on some earlier models used by Patrick Page. He does not mention, nor have I seen the Michael Ammar toppit so I cannot say if it is better or worse than that design. The big advantage to this design is that is can be used in several different jackets so long as a fastening device is added to each jacket used. There are other removable toppits on the market that have received some bad reviews however I find this one easy to use and easy to install.

Difficulty: Basic card sleights and or coin sleights are a prerequisite for this gimmick and a solid understanding coin magic will make the handling and misdirection even easier.

Applications: This is definitely a must for close-up workers looking for a gimmick that vanishes larger objects. Restaurant and Bar workers will love some of the routines taught in the DVD but even if that isnt your venue most routines could be adapted in full or in part by anyone doing close-up work.

Experienced Toppit workers probably wont gain much from this unless they are interested in a specific routine described above or are curious about this toppits specific design.

This device could replace your Raven if you desire however it will not interfere with most Raven hook-ups. The two could easily be used in the same routine and each brings a certain character and visual style to in hand vanishes.

Final thought; Much like the Raven and the M-5 some of the Toppits strongest applications are not so much in the vanishes but in using the vanish to accomplish a transformation. The two effects listed above (Black Eight and Circle to the Fourth Dimension) use the toppit in this way to accomplish some stunning visual magic.

Overall Rating: B+ This was my first experience with Toppits and was very satisfied with it. I think it would be a great introduction to anyone interested in toppiting. If you are interested in vanishing larger objects than your Raven and M-5 can handle this is definitely a cheaper alternative to the Gecko. Even for smaller coin sized objects the Toppit hold and edge over the Raven in that its immediately ready for the next vanish. I did dock this a bit on the DVD production quality however I care less about that than in the information contained within. If you agree dont hesitate to give this a try. I would not recommend this for people already familiar with toppits. By looking at the contents listed on other Toppit DVDs (Bob Fitchs in particular) the 21st Century Toppit seems less comprehensive.
Happy Toppiting!
6 of 6 magicians found this helpful.
Did this review help you? Do you want to respond to this review?

Not sure Report this review
Pro Privacy ON (login to see reviewer names) on February 14th, 2015
(This review is for 21st Century Toppit (with DVD and RIGHT Handed Topit) by David Penn - DVD)
I have got the topit book 2.0'on iBooks and will use the techniques and pattern on that but the thing with this is you can miss easily and the stickiness on the Velcro will soon need replacing might use but I think the michael ammar topit is better sorry david .
Did this review help you? 1 comment

Great Utility Item, Excellent Routines Report this review
Verified buyer Pro Privacy ON (login to see reviewer names) on July 5th, 2014
(This review is for 21st Century Toppit (with DVD and RIGHT Handed Topit) by David Penn - DVD)
David Penn has managed to improve on the Toppit and give magicians the flexibility of moving the Toppit from one coat to another, which for me is a huge plus. Not only that, but the opening is bigger and closer to the front edge of the coat, making vanishes much more reliable and deceptive. Best of all, David shares several terrific routines and tips that look great and eliminate the need for "tossing". The gimmick is nicely made and the dvd routines are clear and well taught. Thank you, David!
Did this review help you? Do you want to respond to this review?

Classic to Modern Report this review
Verified buyer Pro Privacy ON (login to see reviewer names) on September 14th, 2013
(This review is for 21st Century Toppit (with DVD and RIGHT Handed Topit) by David Penn - DVD)
Nice tricks with this new generation toppit! David Penn shows you new ideas about it! Of corse you can use it with your own way!
Did this review help you? Do you want to respond to this review?

Love it Report this review
Verified buyer Pro Privacy ON (login to see reviewer names) on July 16th, 2013
(This review is for 21st Century Toppit (with DVD and RIGHT Handed Topit) by David Penn - DVD)
After playing around with many versions both "homemade" and bought This is by far easiest toppit I have ever worked with. It will take practice but you will end up with a prop that is transferrable and great hitting area.
Did this review help you? Do you want to respond to this review?
Bestsellers 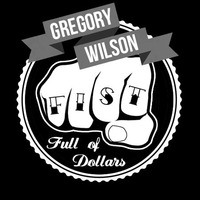