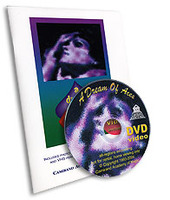 Today, when you order "A Dream of Aces PDF-Book, Cards & DVD kit", you'll instantly be emailed a Penguin Magic gift certificate. You can spend it on anything you like at Penguin, just like cash. Just complete your order as normal, and within seconds you'll get an email with your gift certificate.

In mid 1992, Gary Ouellet taught his handling for MacDonald Aces to Alain Choquette, so that Alain could use the routine to close his fifth successful television season.

One week later, Alain also performed it in the middle of his live stage show, before a crowd of 1000 spectators, using a hand-held television camera and a large projection screen. At the climax of the routine, 1000 spectators rose to their feet and gave Alain a standing ovation - in the middle of his performance - after a card trick! Soon after, David Copperfield adopted the routine, then adapted it for his 15th CBS special!The effect follows along classical lines: The magician cuts a deck of cards and produces the four aces. Each ace is then covered with three indifferent cards. Three of the aces vanish from their piles and reappear together in one pile. What makes this version different? It will not require months of practice. The handling is economical, deceptive and pleasing to the eye. The presentation offers a beautiful emotional hook. And finally, it is quite simply exquisite magic! This is the most elegant approach ever to one of the world's greatest card tricks!

You are supplied with a 42 pages PDF instruction booklet (included on the disk), lavishly photo-illustrated in the Masters of Magic tradition, plus a DVD companion video showing Gary performing the routine, followed by an Alain Choquette performance. Also included are the required cards, which have been manufactured to our specifications on poker-size U.S. Playing Card stock!. (extra gimmick available)

DVD is All Regions Encoding.

The finest version of McDonald's Aces! Report this review
Pro Privacy ON (login to see reviewer names) on March 24th, 2014
(This review is for A Dream of Aces PDF-Book, Cards & DVD kit)
Even David Copperfield has performed a version of McDpnald's Aces in his act.

Here's a demo of the trick, performed by Bard Christian of Ellusionist:

The production of the aces in the beginning is called "The three second wonder" by Gary Ouellet and that is also taught and can be used at anytime to magically produce any 4 of a kind. 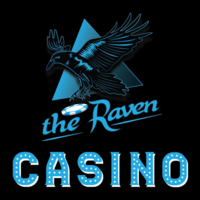